A Bully4u conference taking place in Dublin Castle on 1 September  is to be chaired by Fine Gael TD for Dun Laoghaire, Mary Mitchell O'Connor.

Polish Prime Minister Donald Tusk has been elected by EU Council leaders as the next as President of the European Council. Leaders also decided to appoint Federica Mogherini as High Representative of the Union for Foreign Affairs and Security Policy.

Whistle-blower Andy Hall exposed multiple human rights abuses including child labor in a Thai pineapple factory and now faces up to eight years in prison and a $10million fine.

A Sinn Féin councillor is calling on Dublin City councillors to reject a Council managers' proposal for redeveloping Moore Street.

On 10 September websites across the world will be joining the fight to retain net neutrality and prevent its control falling into the hands of the corporations providing Internet services.

Islamic State militants beheaded a Lebanese soldier who was one of 19 captured by hardline Syrian Islamists when they seized a Lebanese border town for few days this month, a video posted on social media showed on Saturday, Reuters has reported.

"We face a real and serious threat in the UK from international terrorism. I would urge the public to remain vigilant and to report any suspicious activity to the police."

By Dorina Lisson (ACADP)
Public beheadings are taking place twice daily in Saudi Arabia. The Justice Minister Mohammed Al Eissa, has defended tough Sharia punishments such as beheading, cutting off hands, and lashing claiming they; "cannot be changed because they are enshrined in Islamic law. These punishments are based on divine religious texts and we cannot change them," he said recently during a speech in Washington, USA

What to Do About ISIS
28 Aug 2014; posted by the editor - International

By David Swanson
Start by recognizing where ISIS came from. The U.S. and its junior partners destroyed Iraq, left a sectarian division, poverty, desperation, and an illegitimate government in Baghdad that did not represent Sunnis or other groups. Then the U.S. armed and trained ISIS and allied groups in Syria, while continuing to prop up the Baghdad government, providing Hellfire missiles with which to attack Iraqis in Fallujah and elsewhere.

Following the uprisings aross the Middle East a new modern Dark Ages has descended over the region as ISIS attempts to capitalise on the regional confusions to expand its empirical domination in much the same way as Hitler's Germany attempted.

Fears of accusations of racism allowed Asian men in Rotherham and elsewhere to continue raping, sexually abusing and threatening teenaged girls with violence over a 16-year period. Over 1,400 girls are believed to have been victims of five men operating the sexploitation ring and named as Umar Razaq, Adil Hussain, Razwan Razaq, Zafran Ramzan, and Mohsin Khan.

A new radio series examining the historical role and future prospects of a number of Great Houses in Mayo, Sligo, Donegal, Roscommon, Leitrim and Fermanagh has been launched on Ocean FM.

So, I Asked the Russian Ambassador What He Thinks of NATO
27 Aug 2014; posted by the editor - International, United States, Russia

By David Swanson
The Russian Ambassador to the United States, Sergey Ivanovich Kislyak, spoke at the University of Virginia on Tuesday evening, in an event organized by the Center for Politics, which no doubt has video of the proceedings. Kislyak was once ambassador to Belgium and to NATO.

US bombing of Islamic State forces is no answer to sectarian violence
27 Aug 2014; posted by the editor - International, Ireland, Iraq

Bombing Islamic State forces is no answer to the sectarian violence sweeping across the Middle East, the Irish Anti-War Movement said in a statement today.

Former UK rapper 23-year-old Abdel-Majed Abdel Bary has been named by MI5 as a prime suspect in the beheading of James Foley.

Call to end all nuclear testing
26 Aug 2014; posted by the editor - International

On 29 August 1949, the Soviet Union conducted its first nuclear test near Semipalatinsk, followed by another 455 nuclear tests over succeeding decades, with a terrible effect on the local population and environment.

War in the Hundred Acre Woods
25 Aug 2014; posted by the editor - Features

By David Swanson
In the 1920s and 1930s, anybody who was anybody tried to figure out how to rid the world of war. Collectively, I'd say they got three-quarters of the way to an answer. But from 1945 to 2014, they've been ignored when possible (which is most of the time), laughed at when necessary, and on the very rare occasions that require it: attacked.

By Tom Boggioni
An autopsy report released this week cast further doubt on a police officer’s claim that a suspect committed suicide by shooting himself while handcuffed in the back of a police cruiser, reports  KATC..

The Dead Rhetoric of War
25 Aug 2014; posted by the editor - United States

By Chris Hedges
The intoxication of war, fueled by the euphoric nationalism that swept through the country like a plague following the attacks of 9/11, is a spent force in the United States.

Colm Burke, Seanad Spokesperson for Health and a Cork Senator, has called for a review of the current procedures whereby state agency employees are promoted to higher grades without interview, after a period of temporarily filling the post.

Press freedom organisation Reporters Without Borders has opend a special tribute page in honour and memory of James Foley, who was taken hostage by members of Islamic State and beheaded.

"...the ascendancy of chaos as a way of life in Western Europe"
By James Petras
The Obama Administration actively pressured Europe to impose harsh sanctions on Russia in order to defend the violent takeover (‘regime change’) in the Ukraine. England, France, Germany and the rest of the European regimes gave in to Washington’s demands. Russia responded by imposing reciprocal sanctions, especially on agriculture goods, and is establishing alternative trading partners and increasing trade with China, Iran, Latin America and Africa.

Survival or Extinction is a series of articles by Canadian human rights activist Kevin Mugur Galalae. Starting on Monday, 1 September, Newsmedianews will publish a chapter from Mr Galalae each week. The series has a total of 19 chapters.

At least 8,800 children have been killed in Syria's civil war between March 2011—April 2014, according to a United Nations report, which documents at least 190,000 deaths.

Call for punishment of Missouri police behind crackdown on journalists
22 Aug 2014; posted by the editor - Journalism, United States

Press freedom body Reporters Without Borders (RWB) has called for the "for the punishment of the officers responsible for the arbitrary arrests of journalists covering the demonstrations" after at least 15 journalists were unfairly arrested during the clashes between the police and protesters in Ferguson, Missouri, following the shooting dead of young unarmed black man, Michael Brown on 9 August.

NYT Responds on Torture
21 Aug 2014; posted by the editor - International 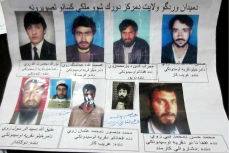 The New York Times has reponded to accusations that it has unfairly covered the issue of malpractice by members of the US armed forces and torture by US forces.

The following statement has been released by Birnberg Peirce and Partners (pdf) on behalf of women victims of police misconduct
"Eight women who were deceived into entering long term intimate sexual relationships with undercover officers have expressed their determination to continue their battle to expose the grave violations, combat the cover up and achieve justice and accountability, following the CPS decision today not to bring criminal charges."