Mother Earth is Weeping for her Children: US Military Must Stop Environmental Ecocide
29 Apr 2015; posted by the editor - Features, Environment, United States

By Joy First
As I traveled to DC to risk arrest in an action organized by the National Campaign for Nonviolent Resistance (NCNR) I was feeling nervous, but also knowing this is what I needed to be doing. This would be my first arrest since I was arrested at the CIA in June 2013, and served a one-year probation sentence after an October 2013 trial. Taking almost two years off from risking arrest helped me to really examine what I was doing and why, and I was committed to continuing to live a life in resistance to the crimes of our government.

Bank of Ireland is the first Irish bank to offer refinancing loans under the Credit Guarantee scheme to micro, small and medium sized enterprises whose own banks are exiting the Irish market. 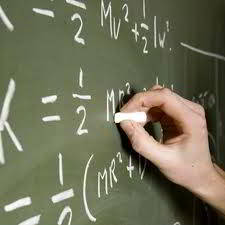 NALA—the National Adult Literacy Association—and Trinity College Dublin will host a numeracy conference on Thursday 18 June. Its focus is on clearly communicating mathematical information and ideas to students. This will be a great opportunity to hear and meet specialists in the area of adult numeracy tuition.

How to get support for your SME
24 Apr 2015; posted by the editor - Business, Ireland

Run or own an SME? The Department of Jobs, Enterprise and Innovation has launched the second phase of its major new awareness campaign to inform SMEs of over 80 Government supports available to assist them in starting or developing their business.

By David Swanson
Chris Woods’ excellent new book is called Sudden Justice: America’s Secret Drone Wars. The title comes from a claim that then-President George W. Bush made for drone wars. The book actually tells a story of gradual injustice. The path from a U.S. government that condemned as criminal the type of murder that drones are used for to one that treats such killings as perfectly legal and routine has been a very gradual and completely extra-legal process.

The Myth of Value-Free Social Science
22 Apr 2015; posted by the editor - Features, Science

Or The Value of Political Commitments to Social Science
By James Petras
For many decades, mainstream social scientists, mostly conservative, have argued that political commitments and scientific research are incompatible. Against this current of opinion, others, mostly politically engaged social scientists, have argued that scientific research and political commitment are not contradictory.

By An Taisce
An Taisce has expressed dismay at reports by Euractiv1 that An Taoiseach Enda Kenny allegedly ordered Irish MEP, Seán Kelly, to drop his support for a €5 billion ring-fence for energy efficiency projects in the €315-billion Juncker Investment Plan. 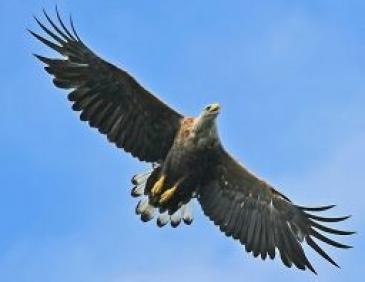 A white-tailed eagle that was part of a reintroduction programme and was within days of laying eggs has been found poisoned in Connemara.

Getting the Cure Right for a Sick Democracy
17 Apr 2015; posted by the editor - United States

By David Swanson
Here’s how we could get it: Declare the current system so broken that you will invest not a minute and not a dime in trying to elect anyone president of the United States. Instead, put all that effort and money into a policy-driven nonviolent activist campaign for these reforms and other urgent policy changes (peace, the environment, etc.) at the local, state, and federal levels.

By David Swanson
“It’s bad enough to be creating more profit incentive for war,” I told former head of Blackwater Erik Prince, “but you recycle part of the profits as bribes for more war in the form of so-called campaign contributions. You yourself have given hundreds of thousands of dollars to political parties and candidates. The three of you,” I said, referring to Prince, another guest, and the host of a television show that had just finished filming and was taking questions from the audience, “you seem to agree that we need either mercenaries or a draft, ignoring the option of not having these wars, which kill so many people, make us less safe, drain the economy, destroy the natural environment, and erode our civil liberties, with no upside. But this systemic pressure has been created for more war. Will you, Erik Prince, commit to not spending war profits on elections?” 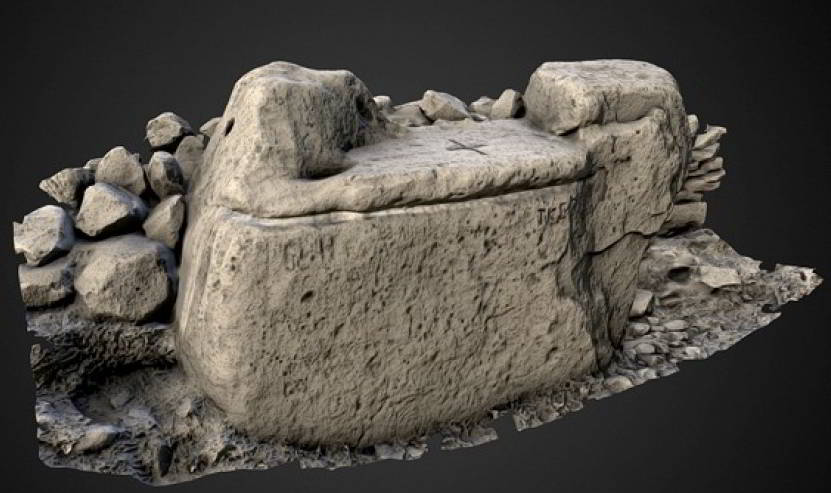 Some of Ireland’s most famous heritage sites and ancient monuments are now on display on the newly launched Discovery Programme's new website www.3dicons.ie, featuring 3D images.

Mandarin for the Warlords: The Harvard School of Empire Building
15 Apr 2015; posted by the editor - Features, United States

By James Petras
Harvard professor Joseph Nye, a former senior Pentagon functionary, is one of the longest serving and most influential advisers to US empire building officials. Nye has recently re-affirmed the primacy of the US as a world power in his latest book, Is the American Century Over? And his article, ‘The American Century will survive the Rise of China’ (Financial Times, 3/26/15, p. 7). These publications are in line with his earlier book, Bound to Lead, and his longstanding view that the US is not a declining world power, that it retains ‘supremacy’ even in the face of China’s rise to global power.

The thrust of Robert Scheer's new book, They Know Everything About You, is that the U.S. government’s mass surveillance and permanent storage of everything you do on the internet is piggybacking on Amazon, Google, Microsoft, Facebook, Apple, AOL, Yahoo, and other companies that suck up and permanently store every scrap of information about you that they can lay their virtual hands on—and that this data mining is driven primarily by the profit to be gained from carefully targeted advertising.

So you wanna be a screenwriter?
12 Apr 2015; posted by the editor - Showbiz, Arts, Ireland

By Dominic Taylor
Interested in pursuing a Master of Arts in Media Studies with an emphasis on screenwriting?

The Video That Could Indict the Pentagon for Murder
10 Apr 2015; posted by the editor - Opinion, United States

By David Swanson
As Fairness and Accuracy in Reporting points out, until a video surfaced of South Carolina policeman Michael Slager murdering Walter Scott, the media was reporting a package of lies manufactured by the police: a fight that never occurred, witnesses who didn't exist, the victim taking the policeman's taser, etc. The lies collapsed because the video appeared.

For the first time the National Famine Commemoration is to be held in Northern Ireland at Newry, County Down, on Saturday, 26 September.

Job Shadow day offers people with intellectual disabilities the opportunity to shadow a workplace mentor as he or she goes about their working day and National Job Shadow Day this year is on Monday, 20th of April.

Sean Lynch has been selected as the artist to represent Ireland at the International Art Exhibition, Venice Art Biennale 2015, with a new artwork entitled Adventure: Capital.

Former Soviet Premier Mikhail Gorbachev is being urged to initiate a world peace conference as the dark shadow of a new Cold War looms over the globe.

By David Swanson
The United States sends people that it doesn't trust with a beer to kill and die in war. It trains police in war skills to assault young people it suspects of going near beer.

All businesses urged to sign up to Prompt Payment Code of Conduct portal
02 Apr 2015; posted by the editor - Business, Ireland

A new online portal aimed at encouraging businesses to pay their suppliers on time is now active and enterprises of all sizes in Ireland can become signatories to the Prompt Payment Code of Conduct through the website www.promptpayment.ie

The AranLIFE project is a project now operating on the three Aran Islands which, working together with farmers, seeks to develop and demonstrate the best conservation management practices of local farmers on the designated Natura 2000 sites of the three islands (protected habitats for flora and fauna of European importance).

By David Swanson
Buried in a regulation produced under the No Child Left Behind Act by the Office of Elementary and Secondary Education at the U.S. Department of Education is an odd and apparently little-enforced requirement that every public school student in the United States be taught literacy in the art of satire.

by An Taisce
The Government's approach further undermines the proposed Expert Advisory Council on Climate Change mitigation, says An Taisce, which today expressed dismay regarding the government's request for tenders, published on Monday, for an environmental analysis of the national climate change mitigation plan.

Bank refusal requirement to be removed from MFI loans
01 Apr 2015; posted by the editor - Business, Ireland

The current requirement for a bank load refusal is to be removed from Microfinance Ireland (MFI) loans frollowing a Government review to allow more entrepreneurs and micro-enterprises to avail of its loans.

Limerick City is to change its name to Harrisville in recognition of the life of late actor and home-grown star Richard Harris.

By Keith Harris The name of the person in this article has been changed to protect the person’s identity Rose was just 13 and living in her native EU country when she was a passenger in a car accident that left her in a coma for two months in 1994.