By David Swanson
This headline in the Guardian is completely accurate: West Point professor calls on US military to target legal critics of war on terror.

A new Government backed website aims to provide advice and support for businesses and other organisations who are interested in learning more about Corporate Social Responsibility and implementing sustainable and responsible business practices.

War: Legal to Criminal and Back Again
28 Aug 2015; posted by the editor - United States

By David Swanson
Remarks in Chicago on the 87th anniversary of the Kellogg-Briand Pact, 27 August, 2015
Thank you very much for inviting me here and thank you to Kathy Kelly for everything she does and thank you to Frank Goetz and everyone involved in creating this essay contest and keeping it going. This contest is far and away the best thing that has come out of my book When the World Outlawed War. 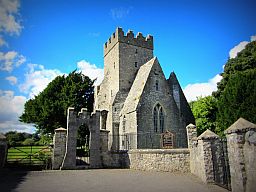 St. Doulagh’s Church in Ballygriffin is holding a Heritage Week with events taking place at the church this weekend.

"Human progress is neither automatic nor inevitable… Every step toward the goal of justice requires sacrifice, suffering, and struggle; the tireless exertions and passionate concern of dedicated individuals."
- Rev Dr. Martin Luther King, Jr.
Palestinian boycott, divestment and sanctions (BDS) activists have today welcomed the statement issued by more than 1,000 African American activists, artists and scholars in solidarity with the struggle of the Palestinian people for freedom, justice and equality and in support of BDS. 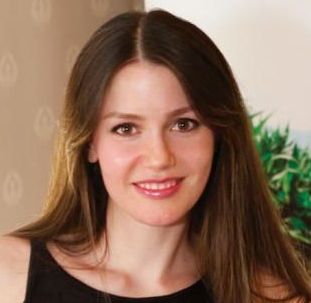 The Dutch Presidency of the EU (January-July 2016), together with TEDxBinnenhof and other European TEDx communities, is organising a multidisciplinary event focused on the power of ideas to change attitudes, lives and ultimately, the world. For the first time the 28 Member States of the European Union will join forces to seek and find the best and most inspiring ideas that have the potential to change the world for the better.

The Irish Anti-War Movement (IAWM) has called a protest at 5pm on Thursday 27 August at the EU Commission Offices on Dawson Street, Dublin to highlight what is says is the inadequate response of the EU to the humanitarian refugee crisis.

James Petras
2015 has become a year of living dangerously. Wars are spreading across the globe. Wars are escalating as new countries are bombed and the old are ravaged with ever greater intensity.

20,000 Irish retailers will see their red tape burden slashed on foot of Government signing a contract with Anpost and its technology partner Escher Groups.

Oration by Frances Fitzgerald TD, Minister for Justice & Equality
We have gathered here these many years - down all the days since the man whose name means so much to us all died here. We meet to commemorate, to reflect, to celebrate and to learn from a life cut short in this place.

By David Swanson
Jeremy Deaton seems to be a fine writer on the subject of climate change right up until he stumbles across the propaganda of the U.S. military. I highlight this as the latest example of something that is so typical as to be nearly universal. This is a pattern across major environmental groups, environmental books, and environmentalists by the thousands. In fact, it's in no way limited to environmentalists, it's just that in the case of environmentalism, blindness to the damage done by the U.S. military is particularly dramatic in its impact.

By David Swanson
Three cheers for Reuters pointing out that the Pentagon can't explain what it did with $8.5 trillion that taxpayers gave it between 1996 and 2013.

Denis Allen, who penned the song Limerick You’re A Lady, is to give his first ever solo performance in Limerick.

Most Disgusting Game Ever
20 Aug 2015; posted by the editor - Opinion

No, I’m not referring to the U.S. election. I’m referring to Bycatch. The name refers not to fish accidentally caught and killed while trying to catch and kill other fish, but to humans murdered in a game in which the player hopes to murder certain other humans but knows that he or she stands a good chance of murdering some bycatch.

The National Parks and Wildlife Service (NPWS) of the Department of Arts, Heritage and the Gaeltacht and Inland Fisheries Ireland are investigating the cause of death of large numbers of dead freshwater crayfish, which have been found in the Bruskey/Erne River at Killydoon, near Ballinagh Co Cavan. The kill affected White-clawed Crayfish Austropotamobius pallipes along a short stretch of the Bruskey River where over 600 dead crayfish were found. Fish and other freshwater animals are not affected.

By David Swanson
It is possible for people to behave well in a crisis. It is possible for people to maintain their dedication to good and kindness in the face of fear and horrific loss. The loved one of a murder victim can love and comfort the murderer. This fact is going to become ever more crucial to understand and demonstrate as the crises of a collapsing climate engulf us.

The Government has allocated €735,000 to Galway City Council to ensure the completion of the Galway Picture Palace.

The Björn Borg Spring/Summer 2016 (SS16) show at Fashion Week in Stockholm on 27 August will be a tribute to Mars One’s human mission to Mars. The brand aims to create an out of this world experience as their Spring Summer 2016 sportswear collection is showcased.

Two days before being due to present her defence against alleged 'discipline infrigments', whistleblower Chelsea Manning has been denied access to the legal library at the jail where she is serving her wholly disproportionate prison sentence of 35 years for releasing documents which revealed the truth of clandestine government communications, Fight For The Future reports.

Nine major arts projects commemorating 1916 have been announced, ranging across traditional music, poetry, dance and visual arts, which “form a key part of the Government's Ireland 2016 Centenary Programme and will be presented to the public next year.

Earlier today Fishamble’s production of Underneath with Pat Kinevane received the prestigious Fringe First Award while on Tuesday 11 August, Aoife Duffin, performing in The Corn Exchange’s A Girl is a Half-formed Thing won The Stage Award for Acting Excellence.

Under its Summer 2015 grants round, Culture Ireland has awarded €321,500 to eighty-five applicants including individual artists and arts organisations to support the presentation of their work globally.

By Kirsten Fiedler, EDRi
The European Commission has confirmed to EDRi that it is preparing to partner with US online companies in order to plan the arbitrary monitoring and censorship of European citizens and, contrary to previous assurances, will exclude civil society from these discussions. More disturbingly, this is happening at the same time as the US is preparing the “Cybersecurity Information Sharing Act” (CISA), which grants US companies a “safe harbour” from liability for any damage they cause when enacting counter-measures against security risks.

The Centrepiece of US Foreign Policy Struggle
12 Aug 2015; posted by the editor - Features

By James Petras
The Conference of 52 Presidents of the Major American (sic) Jewish Organizations and the US-Iran Nuclear Agreement
Prologue
In the village of Duma, an 18 month old Palestinian baby died following the fire-bombing of his family’s home by Israeli settlers. The father of the child died of burns a week later and the surviving mother and young sibling are barely alive – covered with burns from racist Jewish arson. The United Nations Special Committee to investigate Israel’s practices toward Palestinians in Israeli occupied territory have revealed that the ‘root cause’ of the escalating violence is the ‘continuous policy of Jewish settlement expansion (financed and defended by the Netanyahu regime) and the climate of impunity relating to the activities of the settlers (financed and defended by the Presidents of the 52 Major American Jewish Organizations). (UN News Centre, Aug. 10, 2015).

Setting up a company to soon cost only 1
10 Aug 2015; posted by the editor - Business, European Union, Ireland

A new proposal adopted by the European Parliament.aims to bring the cost of cost of setting up a new business down to as little as €1 and will only reduce the time it takes to just a couple of hours.

By David Swanson
After marking the destruction of Nagasaki and the police-murder of Michael Brown in Ferguson on 9 August, Americans have options for what to commemorate on 10 Augusth. I'm inclined to think that 10 August should be formally recognized as Gulf of Tonkin War Fraud Day. But I'm not sure, because another event is in even more need of remembrance.

Stakeholders and interested parties in the arts and cultural sector are being encouraged to attend a series of meetings over the next two months as part of a debate and discussion consultation process which will inform the development of 'Culture 2025', a national policy which will set high level aims for the arts and culture sector over the coming decade.

Which US Senators Want War on Iran?
07 Aug 2015; posted by the editor - United States, Iran

By David Swanson
Let’s do the count: Senators rallying and whipping their colleagues to support the Iran agreement: 0. Senators admitting that Iran has had no nuclear weapons program and has never threatened or been a threat to the United States: 0.

US Movies and TV Shows Have US Army Ratings
05 Aug 2015; posted by the editor - Entertainment, United States

By David Swanson
The U.S. Army and Air Force public relations offices have responded to a Freedom of Information Act request by releasing huge lists of movies and television shows that they have assessed and, at least in many cases, sought to influence.

By David Swanson, Guest columnist Daily Herald
In its 1929 Man of the Year article, Time magazine acknowledged that many readers would believe Secretary of State Frank Kellogg the right choice, as probably the top news story of 1928 had been the signing by 57 nations of the Kellogg-Briand Peace Pact in Paris, a treaty that made all war illegal, a treaty that remains on the books today.

Roma people now face same rising anti-Gypsy fascism as back in the 1930s
02 Aug 2015; posted by the editor - International

Soraya Post, presently the only Romani MEP in the European Parliament, says Roma people face the same rising anti-Gypsy fascism as back in the 1930s.

Under new legislation passed this weekend, workers on long-term sick leave can now carry over accrued annual leave for a period of 15 months after the leave year in question.

By James Petras
The rulers of the two most powerful authoritarian regimes in the Middle East are launching major wars to reconfigure the Middle East. Israeli Prime Minister Netanyahu has declared war by proxy on Iran, announcing full-scale military mobilization within Israel (July 27 -29) and organizing the biggest political campaign of ultra Zionist Jews in Washington.

A Campaign to Save Egypt
02 Aug 2015; posted by the editor - International

By David Swanson
Message to The United Nations, European Union, United States, and all Democratic and Free countries
There are growing concerns that the government of Egypt intends to execute Egypt's first ever democratically elected President, Mohamed Morsi in the coming weeks. Mr. Morsi along with hundreds of political opponents received the death sentence following what major international human rights organizations described as a hopelessly flawed and politically motivated trials that ignored acceptable minimum international standards.

The National Competitiveness Council Chairman has warned urgent action is needed to improve competitiveness if Ireland is to grow exports, attract investment and achieve a sustainable economic recovery.