Over 3billion capital investment in enterprise and job-creation over 2016-2021
29 Sep 2015; posted by the editor - Business, Technology, Ireland

The newly published Government capital plan aims to make available over €3billion in capital investment in projects under the remit of its Business & Employment Department over the period 2016-2021.

Bernie Sanders Gets a Foreign Policy
28 Sep 2015; posted by the editor - United States 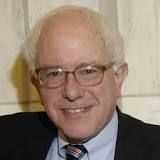 After 25,000 people asked, Senator Bernie Sanders added a few words to his presidential campaign website about the 96% of humanity he’d been ignoring.

By Roger Cole
With the massive victory of the SNP and the election of Jeremy Corbyn as Leader of the British Labour Party, the issues of Trident and Scottish Independence have become central to politics in Great Britain and Northern Ireland.

The UN: Pretending to Oppose War for 70 Years
28 Sep 2015; posted by the editor - International

By David Swanson
The United Nation's 17 Sustainable Development Goals don't just ignore the fact that development isn’t sustainable; they revel in it. One of the goals is spreading energy use. Another is economic growth. Another is preparation for climate chaos (not preventing it, but dealing with it). And how does the United Nations deal with problems? Generally through wars and sanctions. 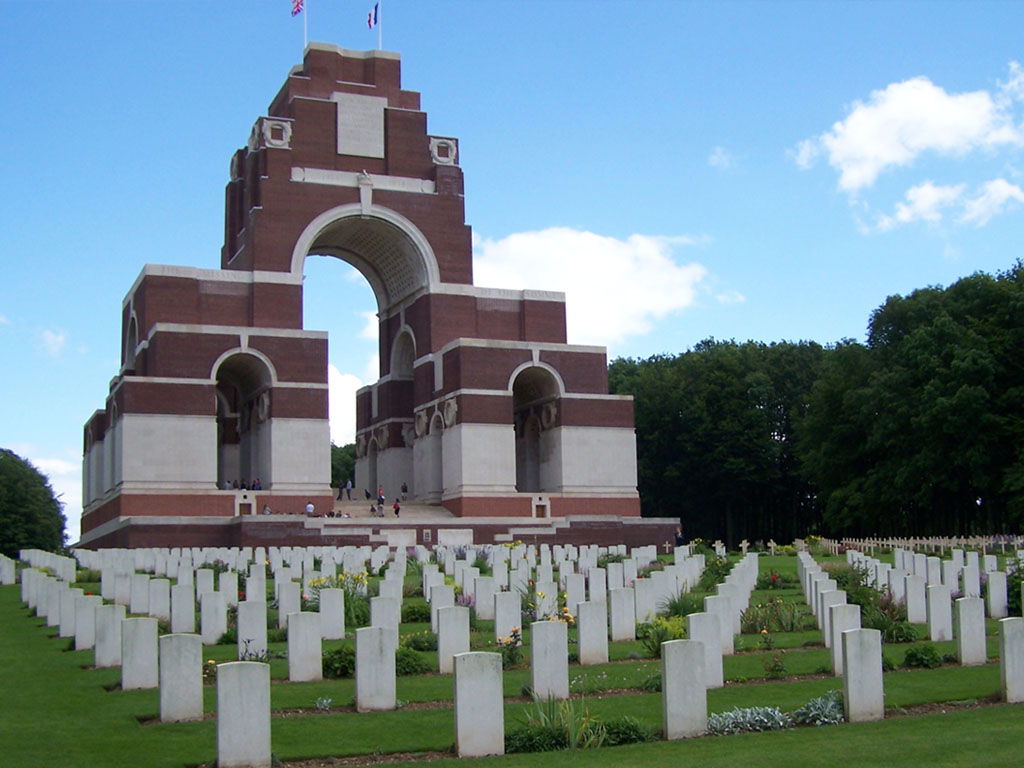 Five hundred free tickets have been made available to Irish people to attend the centenary commemoration of the Battle of the Somme, being held in Thiepval in France on 1 July next year.

National ID cards should be 'compulsory' in Ireland
27 Sep 2015; posted by the editor - Ireland

Wreaths were laid today by Irish Minister Heather Minister Humphreys and representatives from the Northern Ireland Assembly and Newry, Mourne and Down District Council in the first Famine Commemoration to be held in Northern Ireland.

Last British resident to be released from Guantanamo Bay after 13 years
25 Sep 2015; posted by the editor - United States, United Kingdom 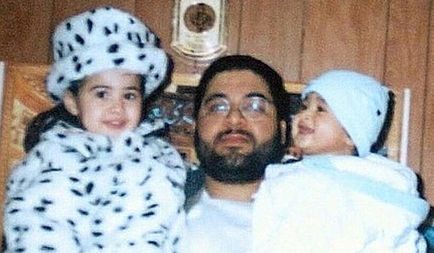 Shaker Aamer, the last British resident now held for 13 years without charge in the US prison at Guantanamo Bay in Cuba is to be released, both the US Department of Defence and the UK Government have confirmed.

War Is a Force That Gives Us Idiocy
25 Sep 2015; posted by the editor - United States, Italy

By David Swanson
During this year's competition for Miss Italy, contestants were asked what historical epoch they might like to have lived in and why.

Irish Language Opportunities in the USA
25 Sep 2015; posted by the editor - Events, Ireland

On Wednesday 30 September, the Fulbright Commission of Ireland will host an information session on funding opportunities for Irish Language teaching and research in the USA. The event will take place at the Foras na Gaeilge building on 7 Merrion Square, Dublin 2 from 4.30-6pm.

Occupied Palestine, 1 September 2015
The Boycott, Divestment and Sanctions (BDS) movement and its worldwide partners are celebrating the withdrawal of the huge French corporation Veolia from the Jerusalem Light Rail (JLR), an illegal rail system built to facilitate the growth and expansion of Israeli colonial settlements on occupied Palestinian territory.

Jeffrey Sterling  Latest victim of the US' war on whistleblowers
25 Sep 2015; posted by the editor - Journalism, International, United States

A new Microenterprise Loan Fund Scheme aimed at encouraging more companies of less than ten employees to avail of the loan scheme has been announced this week by Business and Employment Minister Ged Nash.

Call for Anthology submissions
25 Sep 2015; posted by the editor - Ireland

The Limerick Writers’ Centre is seeking submissions for an anthology to be published in the spring of 2016 to mark the centenary celebration of the 1916 Rising.

By David Swanson
As documented in Douglas Blackmon's book, Slavery By Another Name: The Re-Enslavement of Black Americans from the Civil War to World War II, the institution of slavery in the U.S. South largely ended for as long as 20 years in some places upon completion of the U.S. civil war. And then it was back again, in a slightly different form, widespread, controlling, publicly known and accepted—right up to World War II. In fact, in other forms, it remains today. But it does not remain today in the overpowering form that prevented a civil rights movement for nearly a century. It exists today in ways that we are free to oppose and resist, and we fail to do so only to our own shame.

By David Swanson
I lack patience. I admit it. There's my confession. I couldn't sit through the Pope’s slow and plodding and polite speech to Congress, waiting for him to say something against the primary thing that body does and spends our money on. But finally he got there.

Does the Pope Know a Boy Is About to Be Crucified?
23 Sep 2015; posted by the editor - United States, Saudi Arabia

By David Swanson
The Pope will speak to Congress on Thursday. No other institution on earth does more to destroy the habitability of the planet for future generations. Will the Pope raise his concerns with them or only when he’s thousands of miles away?

The Ireland 2016 Schools Programme was launched today at the former Dublin school of the executed 1916 Rising Republican brothers Pádraig and Willie Pearse. 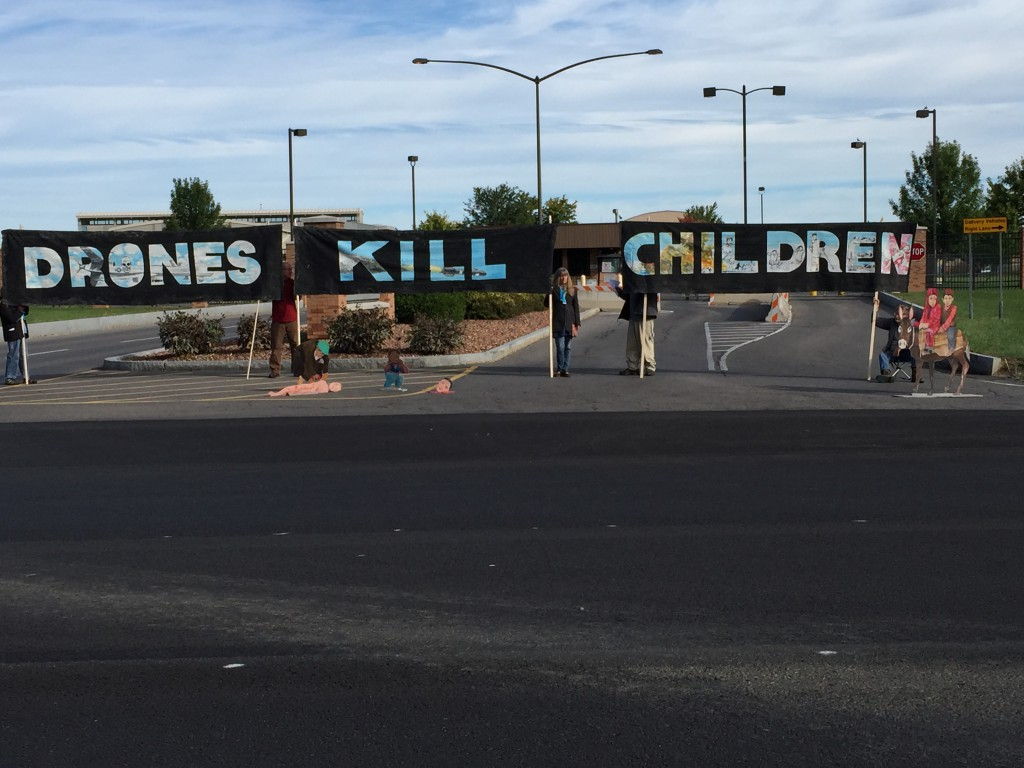 Members of the grassroots human rights coalition, Upstate Drone Action to Ground the Drones and End the Wars were arrested for closing the main gate of Hancock Airfield to back their call for a halt to the US weaponized drone program operated out of Hancock, in the Town of Dewitt, NY, by the 174th Attack Wing of the NYS Air National Guard. Hancock is home to “hunter/killer” (the Pentagon's phrase) MQ9 Reaper drone.

The Credit Guarantee (Amendment) Bill 2015, which aims to improve the uptake amongst SMEs of the credit guarantee scheme introduced in 2012 has been published by Business and Employment Minister Ged Nash.

Where there were massacres there are now power plants
16 Sep 2015; posted by the editor - United States, Guatelmala

By David Swanson
In the United States it's hard to imagine admiring an attorney general. The words call to mind people like Eric Holder, Michael Mukasey, Alberto Gonzales, John Ashcroft, Janet Reno, and Edwin Meese. There were those who fantasized that Barack Obama would not prevent an attorney general from prosecuting top officials for torture, but the idea of a U.S. attorney general prosecuting a U.S. president for war/genocide doesn't even enter the realm of fantasy (in part, because Americans don't even think of what the U.S. military does in the Middle East in those terms)

By David Swanson
In the United States it is considered fashionable to maintain a steadfast ignorance of rejected peace offers, and to believe that all the wars launched by the U.S. government are matters of “last resort”.

‘Taking Care of Business’—a one-stop-shop event' for existing and potential entrepreneurs in the North East region—has been launched by Business and Employment Minister Ged Nash.

The European Commission has issued the following statement in the wake of the temporary reintroduction of border controls by Germany, particularly at the German-Austrian border. 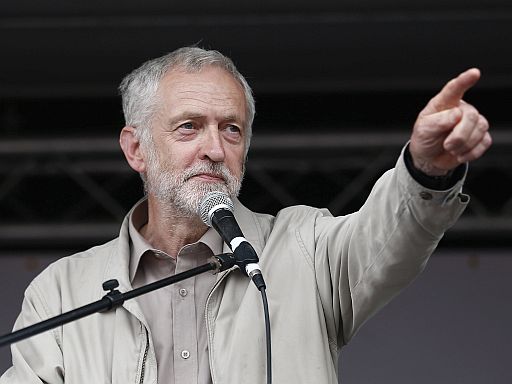 I wonder if people in the United States understand what it means that the Labour Party in London now has a peace activist in charge of it. Jeremy Corbyn does not resemble any U.S. politicians. He doesn't favor “only the smart wars” or prefer drone murders to massive invasions.

by EDRi
On 26 August, the French Minister of the Interior Bernard Cazeneuve announced in an interview that ‘90 percent of those drifting into terrorism do it on the Internet’. It is not the first time that Cazeneuve mentioned this figure—he used the same statistics already on numerous occasions, mainly to defend measures contained in the controversial law on intelligence—Loi Renseignement—(often referred to as the French Patriot Act), adopted on 24 June 2015.

by Pierre Christopher, EDRi intern
On 27 August, a British journalist and a cameraman working for Vice News, a news channel that broadcasts in-depth documentaries about current subjects, and their fixer were detained in Turkey while reporting in Diyarbakir, the main city of the country’s predominantly Kurdish southeastern region. At the beginning of September, the three men were charged by a Turkish judge in Diyarbakir with “deliberately aiding an armed organisation”. The basis for the charge was that the fixer used a complex encryption system on his personal computer that many Islamic State militants allegedly also use for strategic communications.

Racism in GermanyFacebook should do 'more'
10 Sep 2015; posted by the editor - Internet news, Germany

by Kirsten Fiedler, EDRi
Xenophobic attacks against refugees in Germany have dramatically increased over the past two years. In the first six months of 2015, German authorities counted 150 attacks on asylum-seeker shelters throughout the country.

After PNR, a proposal for retention of tourist data
10 Sep 2015; posted by the editor - Romania

Contribution by Matei Vasile, EDRi member ApTI, Romania
On 15 July 2015, the Committee on Civil Liberties, Justice and Home Affairs (LIBE) of the European Parliament narrowly voted in favour of the EU Passenger Name Record (PNR) Directive proposal (32 in favour, 26 against, no abstentions), a mass surveillance measure to collect and process air traveller data for profiling purposes. This came after the rejection of a previous PNR proposal by the LIBE Committee in 2013 and the subsequent abandonment of that proposal in 2014.

by Inka Kotilainen, EDRi intern
On 13 November 2014, EDRi met with the European External Action Service (EEAS) for a civil society consultation on the EU Human Rights Guidelines on Freedom of Expression Online and Offline. The EEAS aims at improving the Guidelines in the future and was seeking input to that end. EDRi had already outlined its position in its response to the 2013 public consultation on the Draft EU Human Rights Guidelines on Freedom of Expression. In August 2015, EDRi submitted a paper to update its position (see links below).

by Thomas Lohninger, EDRi member Initiative, Netzfreiheit, Austria
In the midst of the biggest surveillance scandal of mankind and after years of criticism about rogue secret agencies spying on politicians and the government bodies supposed to control them, Austria is planning to establish a new secret agency.

By David Swanson, teleSUR
The World may be shocked to learn United States government has an Institute of Peace; Orwell would not have been.

Just three weeks remain for business to apply to join the second round of the Irish Design 2015 (ID2015) International Trade Fund.

By David Swanson
This happened some 63 years ago, but as the U.S. government has never stopped lying about it, and it's generally known only outside the United States, I'm going to treat it as news.

Future of War and Peace at Stake in Streets of Japan
04 Sep 2015; posted by the editor - International, Japan

By David Swanson
The United States and its European allies have launched wars on the Middle East that have created an enormous refugee crisis. The same nations are threatening Russia. The question of maintaining peace with Iran is on the tip of everyone’s tongue. Even in Asia and the Pacific, not to mention Africa, the biggest military buildup is by the United States.

By David Swanson
The nuclear agreement with Iran has now gained enough support in the U.S. Senate to survive. This, even more than stopping the missile strikes on Syria in 2013, may be as close as we come to public recognition of the prevention of a war (something that happens quite a bit but generally goes unrecognized and for which there are no national holidays). Here, for what they're worth, are 10 teachings for this teachable moment.