A programme to preserve and develop privately owned historic buildings in Ireland has today been launched by the Minister for Arts, Heritage and the Gaeltacht, Heather Humphreys.

Defeating Terrorism - Theirs and Ours
28 Nov 2015; posted by the editor - Features

By Nicolas Davies
“...at the very moment the number one nation has perfected the science of killing, it has become an impractical instrument of political domination.” - Richard Barnet, Roots of War, 1972
France and Russia’s military responses to mass murders in Paris and Egypt echo the United States’ response to mass murders in New York, Washington and Pennsylvania in 2001. As Oxford University researcher Lydia Wilson told Democracy Now on November 17th, Islamic State (IS) is “seemingly delighted” by this warlike response to its latest atrocities.

by Reporters Without Borders

Reporters Without Borders (RSF) has reiterated its call for journalist Gao Yu’s immediate release after a Beijing people’s high court today reduced her sentence on appeal from seven to five years in prison. Gao did none of the things she is alleged to have done.

By Gar Smith / Environmentalists Against War
During the 15 November Democratic Presidential Debate, Vermont Senator Bernie Sanders sounded an alarm that “climate change is directly related to the growth of terrorism”. Citing a CIA study, Sanders warned that countries around the world are “going to be struggling over limited amounts of water, limited amounts of land to grow their crops and you’re going to see all kinds of international conflict”.

by Reporters Without Borders

A Bahraini criminal court has sentenced freelance photographer Sayed Ahmed Al Mousawi to 10 years in prison on a terrorism charge and has stripped him of his nationality. Reporters Without Borders condemns this arbitrary trial of a journalist who just covered pro-democracy demonstrations.

By David Swanson
Robert Reich’s website is full of proposals for how to oppose plutocracy, raise the minimum wage, reverse the trend toward greater inequality of wealth, etc. His focus on domestic economic policy is done in the traditional bizarre manner of U.S. liberals in which virtually no mention is ever made of the 54% of the federal discretionary budget that gets dumped into militarism.

Submissions have been invited as part of the Government’s “Open policy debate” on the 20-Year Strategy for the Irish Language 2010-2030.

By David Swanson
Chicago media outlets are reporting that drones have been banned from most of Chicago’s skies and cannot fly over you or your property without your permission. The text of the ordinance, however, makes exceptions for police that will require eternal vigilance.

London’s Metropolitan police have conceded in a public apology that undercover relationships were an abuse of power and violated women’s human rights.

The Government’s published Action Plan for Jobs 14th and 15th Progress Reports at an event in Government Buildings this morning shows that 159 out of 192 actions scheduled for implementation in 2015 were delivered.

Ireland’s Small Business Act (SBA) Factsheet for 2015 by the European Commission shows that Ireland has one of the most SME friendly environments in the EU.

The 24 finalists of “Ireland's Best Young Entrepreneur” competition have now been named in the approach to the final stages of the annual competition which this year attracted 1400 applicants between the ages of 18 and 30—marking a 40% increase on last year’s entrants.

The European Commission has approved a new project worth over €5.4 million for the restoration of Active Raised Bog in Ireland's Special Area of Conservation (SAC) Network and is to provide almost 75% of the funding.

5 Things to Do About ISIS, or Can an American Without a Gun "Do Something"?
19 Nov 2015; posted by the editor - Interviews

By David Swanson
Toward the end of altering our idea of what counts as “doing something”, I offer this composite representation of numerous media interviews I’ve done.

Culture of Peace Best Alternative to Terrorism
17 Nov 2015; posted by the editor - International

By David Adams, World Beyond War
As the culture of war, which has dominated human civilization for 5,000 years, begins to crumble, its contradictions become more evident. This is especially so in the matter of terrorism.

The Government will today launched the West Action Plan for Jobs, part of €250million regional jobs strategy, aimed at delivering 10-15% employment growth in the region over the coming years with the target of creating up to 25,000 jobs throughout Mayo, Roscommon and Galway.

After Paris: Stop the Terror, Stop the Wars
17 Nov 2015; posted by the editor - International

In the aftermath of the Paris attacks, the Irish Anti-War Movement has released the following statement.

By Ann Wright
A 26 person delegation from the All Okinawa Council will be in Washington, DC November 19 and 20 to ask members of the U.S. Congress to use their power to stop the construction of runway for the U.S. Marine base at Henoko into the pristine waters of the South China Sea.

By David Swanson
We are all France. Apparently. Though we are never all Lebanon or Syria or Iraq for some reason. Or a long, long list of additional places.

On Aggression as a First Choice: Is There Another Way?
14 Nov 2015; posted by the editor - Features

By Herbert J. Hoffman, Ph.D., Member VFP National, Maine and New Mexico
It was my senior year in high school—many years ago—and I was seated, along with many of my football teammates, on the auditorium stage. It was a pre-game rally before 1500 classmates and teachers. The auditorium was filled with energy. The main speaker was a much revered former outstanding athlete at Central High School. A man in his 50’s, he spoke with passion about the upcoming football game. It was exciting! However, I found myself feeling revulsion as he concluded his speech by saying, “Go out there and Kill, Kill, Kill!”, repeating the last three words numerous times as the audience joined in.

Why Allen Dulles Killed the Kennedys
13 Nov 2015; posted by the editor - United States

By David Swanson
By now there’s not nearly as much disagreement regarding what happened to John and Robert Kennedy as major communications corporations would have you believe. While every researcher and author highlights different details, there isn’t any serious disagreement among, say, Jim Douglass’ JFK and the Unspeakable, Howard Hunt’s deathbed confession, and David Talbot’s new The Devil’s Chessboard

Will Obama Give Israel even more American Weapons and Dollars to Kill Palestinians?
12 Nov 2015; posted by the editor - United States, Palestine, Israel

By Ann Wright
President Obama met with Israeli Prime Minister Netanyahu on November 9 in the White House and is considering the Israeli request to give a 50% increase of nearly $1.5 billion in U.S. military funding, bringing the U.S. donation to the killing of Palestinians in the West Bank and Gaza to $4.5 billion a year.

The Hospitality sector is one of the most important services sectors in the Irish economy, directly employing 158,000 persons within 16,000 enterprises, representing eight per cent of current economy-wide employment and contributing €3 billion gross value added to the economy. 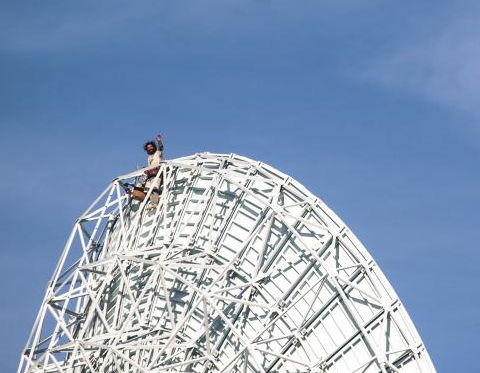 On the morning of Armistice Day, 11 November 2015, longtime peace activist Turi Vaccaro climbed to where you see him in the photo. He brought a hammer and made this a Plowshares action by hammering on the enormous satellite dish, an instrument of U.S. warfare communications.

Veterans Day Is Not for Veterans
11 Nov 2015; posted by the editor - United States 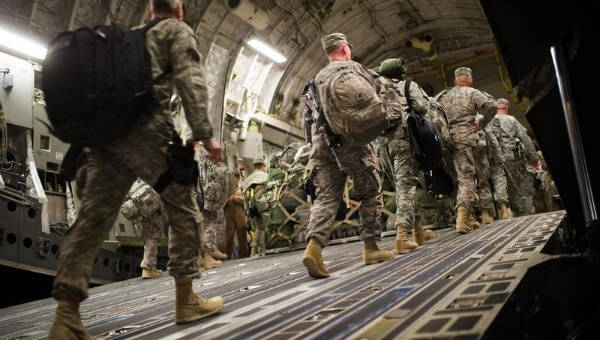 John Ketwig was drafted into the U.S. Army in 1966 and sent to Vietnam for a year. I sat down with him this week to talk about it.

The Low Pay Commission undertake an examination of the impact of the National Minimum Wage on two sectors, young people and women.

By Edward Horgan
Remembering – lest we forget – the destruction and stupidity of war
On Tuesday 10 November Veterans for Peace (VfP) Ireland lay a wreath of white poppies as a symbol of peace at the Garden of Remembrance in Dublin’s Parnell Square.

By CHUCK SEARCY and LADY BORTON
HANOI - Now that the United States, Vietnam, and ten other nations have signed the TPP (Trans-Pacific Partnership) - and the text, finally, has been released to the public - the U.S. Congress and the other countries' legislative bodies must decide whether to ratify the agreement. Negotiations were secret, until the document was signed. Before the release of the text a few days ago, even members of Congress were not allowed to see the agreement, except for certain members who were shown only a few pages of certain sections, alone, in a locked room.

By Doug Noble, Upstate (NY) Drone Action Coalition
“Our entire Middle East policy seems to be based on firing drones,” Lt. Gen. Michael Flynn, former head of the Defense Intelligence Agency, told The Intercept. “They’re enamored by the ability of special operations and the CIA to find a guy in the middle of the desert in some shitty little village and drop a bomb on his head and kill him.”

The TPP: You, Me, Everyone Else, Against the Media
08 Nov 2015; posted by the editor - Journalism, United States

By David Swanson
The proposal for the Trans-Pacific Partnership (TPP) is a test of whether the people of the United States can communicate something critically important to each other that the major media corporations do not want communicated.

Why do War Veterans Commit Suicide or Murder?
05 Nov 2015; posted by the editor - Features

By David Swanson
In two recent articles in the Los Angeles Times and the academic studies that inspired them, the authors investigate the question of which war veterans are most likely to commit suicide or violent crimes. Remarkably, the subject of war, their role in war, their thoughts about the supposed justifications (or lack thereof) of a war, never come up.

Programme of events marking Centenary of Battle of the Somme announced
05 Nov 2015; posted by the editor - Ireland

A programme of events to mark the 100th anniversary of the Battle of the Somme in 2016 has been announced by An Taoiseach, Enda Kenny, the Minister for Arts, Heritage and the Gaeltacht, Heather Humphreys, and the Minister for Foreign Affairs and Trade, Charlie Flanagan.This forms part of the Decade of Centenaries programme, which is co-ordinated and overseen by Minister Humphreys.

Call for broader treatment of sexual offenders
05 Nov 2015; posted by the editor - Ireland

Ireland South MEP and former member of the One in Five campaign group on the Council of Europe, Deirdre Clune has today called for mandatory rehabilitation programmes for sexual offenders in our prisons and in our communities saying that we are losing the battle against sexual offenders.

By David Swanson
“Why are deadly weapons being sold to those who plan to inflict untold suffering on individuals and society?” the Pope asked the United States Congress during his speech there in September. “Sadly, the answer, as we all know, is simply for money: money that is drenched in blood, often innocent blood. In the face of this shameful and culpable silence, it is our duty to confront the problem and to stop the arms trade.”

By David Swanson
The poor frog has of course been slandered. A frog will die in boiling water, but jump out of a slowly warming pot. The homo not-so-sapiens is another story.

A Study on the Prevalence of Zero Hours Contracts among Irish Employers and their Impact on Employees by the University of Limerick finds finds zero hours contracts are not extensively used in Ireland—however, emergence of ‘if and when’ contracts have been identified in the publication.