Imprisoned US soldier Chelsea Manning has ended a hunger strike after the army said she would be allowed to receive gender transition surgery, the American Civil Liberties Union has announced.

Over 12.5 million individual records of birth, deaths and marriages dating back to 1864 have now been added to the online Irish genealogical database at www.irishgenealogy.ie.

Call for information about missing journalist
07 Sep 2016; posted by the editor - Journalism, Burundi 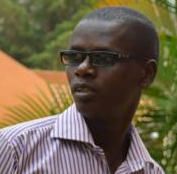 Press freedoms watchdog Reporters Without Borders has launched a petition calling on the Burundi authorities to reveal what happened to Burundi journalist Jean Bigirimana, who disappeared after being arrested.

Press freedoms watchdog Reporters Without Borders (RSF) is concerned about a bill drafted by British Prime Minister Theresa May when she was home secretary that would allow the police and intelligence agencies to intercept, gather and store the communications of tens of millions of people including whistleblowers, journalists and their sources. 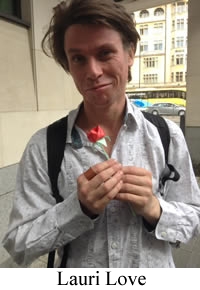 British computer scientist and activist Lauri Love is facing extradition to the U.S. and decades in prison for protesting the persecution of U.S. internet activist Aaron Swartz.

No faith in Undercover Policing Guidelines
08 Aug 2016; posted by the editor - United Kingdom

Eight women who were affected by relationships with undercover officers, and who started Police Spies Out of Lives, have issued the following statement in response to the draft new guidelines for undercover policing issued by the College of Policing. The guidelines are out for consultation until midnight August 10th 2016.

Reporters Without Borders (RSF) is calling on the Bangladeshi authorities to rescind the blocking of 35 news websites that RSF said the Bangladesh Telecommunication Regulatory Commission (BTRC) implemented today without giving any official reason. RSF also calls for the withdrawal of all charges against Probir Sikdar, the editor of the Daily Bangla 71 newspaper and the U71news.com website, who is accused of defaming government officials on Facebook in August 2015.

A further 4,900 acres is to be added to the Wicklow Mountains National Park following purchase of the Dublin Uplands, in the area known popularly as the Featherbeds, by the Department of Arts, Heritage, Regional Rural and Gaeltacht Affairs.

â¬1.85m funding for micro-enterprises across Ireland
03 Aug 2016; posted by the editor - Business, Ireland

Capital funding of €1.85million has been provided to 15 Local Enterprise Offices (LEOs) to assist micro-enterprises in creating local jobs from projects that can be initiated this year.