The Government this week launched its Framework for Town Centre Renewal program which aims to rejuvenate and enhance village and town centres throughout the country.

Media freedom is now at its lowest and worst state ever says press freedoms international watchdog Reporters Without Borders (RSF)—which has just released the 2017 World Press Freedom Index—and is in danger of reaching a tipping point in the state of media freedom, especially in leading democratic countries.

On Tuesday 18 April the five international judges of the Monsanto Tribunal presented their legal opinion. They have come to important conclusions, both on the conduct of Monsanto and on necessary developments in international law.

The European Council is scheduled to meet on 29 April 2017 to discus the UK’s announcement to withdraw from the European Union.

Filmaker, Short Story Author, Artist, and Radio Presenter Patrick O Neill will read two short stories from his recent collection ‘7 Doors’, which is the basis of a future film. 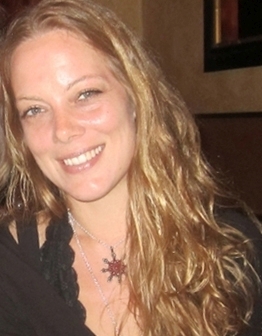 Limerick Writers' Centre and delighted to announce their 'Great Poets and Great Poetry' series of talks. Kicking off the series is writer Kathryn Guille who will give a talk on Shakespeare's Sonnets entitled: Characters in love: How Shakespeare's Lovers influenced the Sonnet.

Minister for Arts, Heritage, Regional, Rural and Gaeltacht Affairs, Heather Humphreys TD, held a gender policy workshop with representatives from Waking the Feminists and our National Cultural Institutions, as well as the Irish Film Board, the Arts Council, Culture Ireland and senior officials from her own Department.

The first meeting of the Mobile Phone and Broadband Taskforce Implementation Group, co-chaired by Minister for Arts, Heritage, Regional, Rural and Gaeltacht Affairs, Heather Humphreys TD, and Minister for Communications, Climate Action and Environment, Denis Naughten TD, was held on Wednesday. The establishment of the Implementation Group is a commitment in the Action Plan for Rural Development.

The fight for transparency in the EU Internet Forum
08 Mar 2017; posted by the editor - Internet news, European Union

By Zarja Protner, EDRi intern
Chapter One: The dark knights at a secret meeting
It was the beginning of the year 2014 when the European Commission first announced the creation of an “EU Internet Forum”. But it would take almost two years and several meetings before its official launch on 3 December 2015.

On 16 and 17 October 2016, more than 30 witnesses and experts from all over the world gathered in The Hague for the Monsanto Tribunal. They presented their testimonies and analyses on the effects of Monsanto’s business practices to a panel of five judges from different continents.

Members of the Retail Consultation Forum have been reassured by Minister for Jobs, Enterprise & Innovation Mary Mitchell O'Connor that the challenges of the retail sector will feed into the Government's response to Brexit.

Certain equine activities will now be eligible funding under the current LEADER programme. Arts, Heritage, Regional, Rural and Gaeltacht Affairs, Minister Heather Humphreys intends to amend the ineligible list of activities under the 2014-2020 LEADER Programme, which could benefit a wide range equine activities and rural tourism projects, such as equestrian centres and riding schools.

Economic Development, Michael Ring T.D., has invited interested parties to comment on a proposed new model of community banking. The invite is part of a Programme for a Partnership Government commitment to investigate new models of community banking such as the Kiwibank model in New Zealand, or the German Sparkassen model of local public banks that operate within well-defined regions.