Tutu to Israelis - free yourselves
19 Aug 2014; posted by the editor - Israel

By Avaaz.org
Archbishop Desmond Tutu has published a powerful call to conscience in an Israeli newspaper.

This is Why Israel is Accused of Apartheid
19 Aug 2014; posted by the editor - International 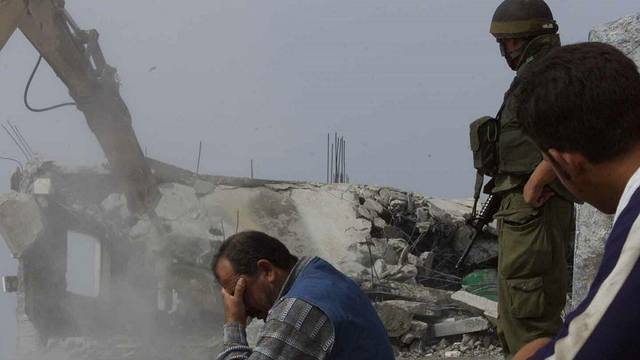 Earlier this week, Israeli Defense Forces destroyed the homes of two Palestinians—Amer Abu Aysha and Hussam Kawasme—and sealed up the home of another, Marwan Kawasme. The three men are suspects in the deaths of three Jewish seminary students—Naftali Fraenkel, Gilad Shaer and Eyal Yifrah—who were killed in the West Bank in June.

By James Petras
Outside of Israel and its organized supporters in the major Zionist organizations, world public opinion and most experts in international law see the Jewish State’s invasion of Gaza and its systematic attack on civilians and basic infrastructure as a crime against humanity.

Gaza-through a looking glass
07 Aug 2014; posted by the editor - Opinion

Since the 1967 invasion and annexation of Gaza by Israel 27,000 Palestinian homes and other structures (livestock pens and fencing for example) crucial for a family’s livelihood, have been demolished in the Occupied Palestinian Territories (OPT), including East Jerusalem. —See more.

If a Genocide Falls in the Forest
06 Aug 2014; posted by the editor - Opinion, Middle East

Senior British lawyers have written to the international criminal court (ICC) in The Hague, urging it to investigate "crimes" committed in Gaza, including the destruction of homes, hospitals and schools, the Guardian reports.