Sandy hook massacre in wider context of US culture of violence
20 Dec 2012; posted by the editor - United States, Ireland

The Irish Anti-war Movement (IAWM) issued a statement today expressing sincere sympathy with the victims, survivors and families affected by the horrific killings at Sandy Hook School in Connecticut earlier this week but noted that the massacre must be seen in a wider context of a culture of violence perpetuated by successive US Governments.

The Wait-Just-A-Goddam-Second Amendment
20 Dec 2012; posted by the editor - United States

By David Swanson
The Second Amendment to the U.S. Constitution reads:

"A well regulated Militia, being necessary to the security of a free State, the right of the people to keep and bear Arms, shall not be infringed."

The Government and Your Guns
18 Dec 2012; posted by the editor - United States

By David Swanson
We're in the grip of twin madnesses, and those who have overcome one of them can still be completely controlled by the other. The first madness is the idea that spending a trillion dollars a year on weaponry and war preparations makes us safer, that 1,000 military bases abroad protect rather than provoke, that nuclear arsenals discourage terrorism, that drones have civilized the act of blowing up somebody's house, that the Pentagon's business really is "defense."

What the Soldiers Did at Christmas 98 Years Ago
18 Dec 2012; posted by the editor - International

By David Swanson
Frank Richards recalled: "On Christmas morning we stuck up a board with 'A Merry Christmas' on it. The enemy had stuck up a similar one. Platoons would sometimes go out for twenty-four hours' rest—it was a day at least out of the trench and relieved the monotony a bit—and my platoon had gone out in this way the night before, but a few of us stayed behind to see what would happen. Two of our men then threw their equipment off and jumped on the parapet with their hands above their heads. Two of the Germans done the same and commenced to walk up the river bank, our two men going to meet them. They met and shook hands and then we all got out of the trench...." 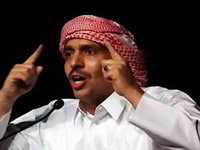 Qatari poet Mohamed Ibn Al Ajami's crime consisted of reciting a poem extolling the courage and values of the popular uprisings in Tunisia. For that he's been sentenced to life in prison.

Spelunker in Chief
18 Dec 2012; posted by the editor - United States

By David Swanson
Will Obama cave? How deeply will Obama cave? Why did Obama cave again? Were you hoping Obama would change his caving ways? President Barack Obama, one begins to understand, must be our spelunker in chief.

By Ciaron O’Reilly
For the past 6 months we have maintained a daily vigil outside the Ecuadoran embassy in solidarity with Julian Assange, WikiLeaks and the people of Ecuador. Ecuador has granted political asylum to Julian Assange. The embassy is located next to Harrod's in Knighstbridge. London. It is surrounded by British police.

How to Criticize the Israeli Government
17 Dec 2012; posted by the editor - Israel

By David Swanson
The other day I tweeted an article that reported on a rather horrible story. It seems that the Israeli government gives African women drugs that keep them from reproducing.

Israel Is Shooting Farmers for Trying to Farm: Got Any Tears for Them?
17 Dec 2012; posted by the editor - Palestine, Israel

By Joshua Brollier
Connection to the Land Cannot Not Be Broken—The struggle for land rights near the Gaza border
Gaza City-Yesterday in al-Faraheen, Gaza, Israeli Occupation Forces shot and wounded an unarmed 22 year old farmer, Mohammed Qdeih, from behind. Mohamed and nine others went out to their fields in the early afternoon, walking approximately 250 meters from the Israeli border. Within minutes, two heavily armed Israeli military jeeps rushed to the security fence. They issued a warning for the farmers and residents to leave the area and shortly thereafter the Palestinians, intimidated by the heavy military presence, began to head back to the village of Abasan. The soldiers were not satisfied and opened fire, piercing Mohamed's right arm from the backside. Israeli forces continued to shoot rounds of live ammunition while Mohamed and the others frantically evacuated and waited for an ambulance. Another young Palestinian, 19, was shot yesterday near the border in Jabaliya.

The Central Statistics Office recently published data showing that 69 per cent of commuters travelled to work by car. This is a damning indictment of the complete absence of joined-up land-use and transport planning that created the 'Celtic Tiger' sprawl, says An Taisce.

The Anti Eviction Taskforce has strongly condemned the intentions of the Irish Government in seeking to change the 2011 Judgment on the Land and Conveyance Law Reform Act 2009.

A Way to Stop the Violence
15 Dec 2012; posted by the editor - United States, Iraq, Afghanistan

By David Swanson
The troubled souls (generally known in the media as "monsters" and "lunatics") who keep shooting up schools and shopping centers, believe they are solving deeper problems. We all know, of course, that in reality they are making things dramatically worse.

Irish Nobel Laureate Mairead Maguire is in Afghanistan to join the Afghan Peace Volunteers' Demand for Cease Fire and Negotiation.

Bruton in talks with German Vice Chancellor as part of Presidency drive for jobs and growth
13 Dec 2012; posted by the editor - European Union, Ireland

1-day mission to Germany includes talks on trade issues, meetings with potential investor companies and interview with Die Welt
The Minister for Jobs, Enterprise and Innovation, Richard Bruton, is today (Thursday) to hold talks in Berlin with his German counterpart, Vice Chancellor and Minister for the Economy and Technology Philip Rosler, on priorities for the Irish EU Presidency including the potential to progress a trade agreement with the US and measures to derive greater economic benefit from the single market of 500 million consumers.

The Original Abolitionists
13 Dec 2012; posted by the editor - United States

By David Swanson
If you're like me, there are some things you would like to abolish. My list includes war, weapons, fossil fuel use, plutocracy, corporate personhood, health insurance corporations, poverty wages, poverty, homelessness, factory farming, prisons, the drug war, the death penalty, nuclear energy, the U.S. Senate, the electoral college, gerrymandering, electronic voting machines, murder, rape, child abuse, Fox News, CNN, MSNBC, and the Washington Post. I could go on. I bet you can think of at least one institution you believe we'd be better off without.

Veterans For Peace is urgently calling on the United States and NATO to cease all military activity in Syria, halt all U.S. and NATO shipments of weapons, and abandon all threats to further escalate the violence under which the people of Syria are suffering.

Tueday's unanimous decision of the Supreme Court shows how the Government has a 'cavalier attitude to the rule of law', said Malachy Steenson, Solicitor and Criminologist and a Campaigner for a No vote in the Children's referendum.

Property Tax a tax on homes and families
06 Dec 2012; posted by the editor - Ireland

The Association of Combined Residents Associations (ACRA) has said that the so called Property Tax introduced in the budget is not a property tax but a tax on homes and families. ACRA predicts mass opposition to any attempts to impose a Property Tax on homes.

By David Swanson
It warms one's heart to recall in the depths of winter that over half the taxes we labor to submit to our government each year go into war preparations. Such bountiful spending is required, because one never knows when the Japs or the Serbians or the Iranians may attack. To appreciate the need for creating so many weapons-producing billionaires and millionaires, we must recall with fondness the glory days of the war that three-quarters of a century back gave us the military industrial complex, the Air Force, the CIA, nuclear weapons, witch hunts, intense environmental destruction, and some 70 million dead bodies.

Treatment of elderly and disabled "disgraceful"
The Home Help/Home Care Community Action Group will be joining the anti-austerity budget day demonstration today to once again make it clear to Fine Gael, the Labour Party and the HSE that they will not give up until every last hour of home help cut this year has been reversed. They say they have also vowed to hold the government accountable.

By David Swanson
A few thoughts in praise of backwardness
"We don't look backward," says President Obama in reference to imposing justice on powerful large-scale criminal suspects. Of course, as we don't prosecute future crimes but only crimes of the past, "not looking backward" is a euphemism for immunity—an immunity not granted to those accused of small-scale crimes or crimes with no victims at all.

Veterans For Peace Strongly Condemns New Round of Sanctions
04 Dec 2012; posted by the editor - United States

On Friday November 30th, the U.S. Senate unanimously passed a new round of sanctions against Iran as an amendment to the so-called Defense Authorization Act. This amendment, sponsored by U.S. Senator Robert Menendez (D-NJ), broadens the scope of current sanctions on Iran to include Iran's shipping industry and ports. According to Menendez, "By passing these additional measures ending sales to and transactions with Iranian sectors that support proliferation—energy, shipping, ship-building and port sectors as well as with anyone on our specially designed national list—we will send a message to Iran that they can't just try to wait us out."

Six new marine sites for have been named for designation as Special Areas of Conservation (SACs) to protect marine habitats and species listed on the 1992 EU Habitats Directive. They were naned today by Jimmy Deenihan, Minister for Arts, Heritage and the Gaeltacht.

Education and Penalties needed for GAA responses to racism
03 Dec 2012; posted by the editor - Sport, Ireland

The GAA has revealed it is looking into an incident at the Ulster club SFC final in which a player was allegedly the victim of racial abuse. Crossmaglen forward Aaron Cunningham claimed after the match that he had been subjected to racial abuse about his father, who is a black former inter-county player, from members of the Kilcoo panel. Kilcoo have responded to the claims.

Dublin's Dartmouth Square 'will not be developed'
03 Dec 2012; posted by the editor - Ireland

Dartmouth Square in Ranelagh, Dublin is up for auction today but a city councillor and chair of the Strategic Policy Committee that has a remit for Planning and Development insists the Square will not be given planning permission.

Shannon Airport is to gain full independence from Dublin Airport Authority on 31 December 2012 and will merge with a restructured Shannon Development to form a new, publicly-owned, commercial entity in 2013.

A spokesperson for the socialist republican party éirígí has described the PSNI's actions in pressing charges against one of the party's members as a blatant but crude attempt at political censorship and the open suppression of legitimately-held political opinions.

Nobel Laureates have sent a second request to the Nobel Foundation requesting clarrification over the award of the 2012 Peace Prize to the EU.

Military Law Is to Law as Military Music Is to Music
01 Dec 2012; posted by the editor - United States

By David Swanson
Jeh Charles Johnson, General Counsel of the U.S. Department of Defense, on Friday admitted that murder by drone is not a form of law enforcement:

"Viewed within the context of law enforcement or criminal justice, where no person is sentenced to death or prison without an indictment, an arraignment, and a trial before an impartial judge or jury, these characterizations might be understandable."