The Ireland 2016 Global and Diaspora Programme, an exciting international programme of creative, community and commemorative events to mark the centenary of the Easter Rising, has been launched by Minister for Foreign Affairs and Trade, Mr. Charlie Flanagan and  Minister for Arts, Heritage and the Gaeltacht, Ms Heather Humphreys. 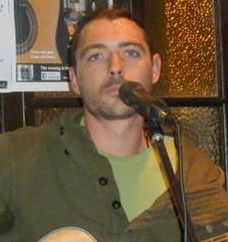 Vinny Tierney is guest performer at the Acoustic Club at the White House Bar in Limerick city on Thursday, 2 July. 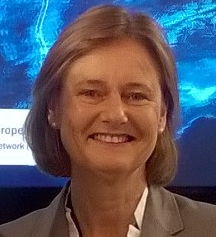 The Alfred Beit Foundation has announced its postponement of the proposed controversial July auction of artworks from its collection.

By James Petras
The Rise of the Non Leftist Left Introduction Over the past decade fundamental changes have taken place in Southern Europe, which have broken with previous political alignments, resulting in the virtual disappearance of traditional leftist ’parties, the decline of trade unions and the emergence of ‘middle class radicalism’.

U.S. House Debates and Votes Down Withdrawal from Iraq/Syria
19 Jun 2015; posted by the editor - United States

By David Swanson
Wednesday afternoon, by a vote of 288-139 with one voting "present" and five not voting (roll call of who voted which way is here, the U.S. House of Representatives voted down a resolution (H.Con.Res.55) that would have required the President to . . . "remove United States Armed Forces deployed to Iraq or Syria on or after August 7, 2014, other than Armed Forces required to protect United States diplomatic facilities and personnel, from Iraq and Syria. (1) by no later than the end of the period of 30 days beginning on the day on which this concurrent resolution is adopted; or (2) if the President determines that it is not safe to remove such United States Armed Forces before the end of that period, by no later than December 31, 2015, or such earlier date as the President determines that the Armed Forces can safely be removed."

Call for delay of sale of Alfred Beit Paintings
18 Jun 2015; posted by the editor - Arts, Ireland

An Taisce, the UCD School of Art History and Cultural Policy and Irish Georgian Society, have called urgently for a halt of the sale of the Alfred Beit paintings at Christie's on 9 July so as to give time for everybody, the Government, the NGOs, the Academics, Tourism Interests, the Alfred Beit Foundation and other willing participants to work together for an imaginative solution, which will finally realise the Beits' vision of Russborough as a centre of the arts and fulfill their frequently expressed desire that the collection remain intact.

By James Petras
How the ‘Hard Left’ embraces the policies of the Hard Right
Greece has been in the headlines of the world’s financial press for the past five months, as a newly elected leftist party, ‘Syriza’, which ostensibly opposes so-called ‘austerity measures’, faces off against the “Troika” (International Monetary Fund, the European Commission and European Central Bank).

An Taisce, The National Trust for Ireland has sent a formal letter to the Irish Minister for Arts Heritage and The Gaeltacht, Heather Humphreys requesting investigation of the circumstances under which one of a pair of widely admired early 18th.Century French paintings The Cabinet Of Physical Sciences by Jacques De Lajoue, has been sold privately by the Alfred Beit Foundation.

By The Noah's Ark Campaign 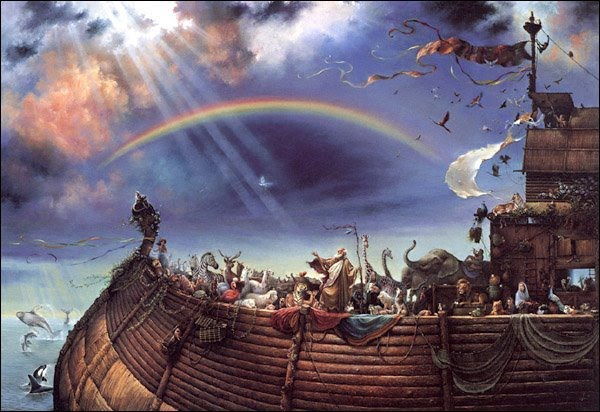 “And when the broken-hearted people living in the world agree, there will be an answer, let it be” – Paul McCartney
A UK-based environmental group is planning to sail an ocean liner to the South pacific islands in a bid to globally highlight the extent of global warming and the consequences if it is left unchecked.

Press freedoms organisation Reporters Without Borders has condemned investigative reporter Yaroslav Golyshkin’s arbitrary detention for the past month in a prison in the northeastern city of Pavlodar and calls on the judicial system to guarantee his right to due process.

Pentagon Admits that War is Illegal
13 Jun 2015; posted by the editor - United States

By David Swanson
The Pentagon has just published 1,204 pages on how it thinks you can behave legally during a war. Looking through this “Law of War Manual” at various hot topics, one finds some atrocities excused as acceptable (cluster bombs, nuclear bombs) and others rejected as completely disallowed (torture) even when in reality they are routinely engaged in. 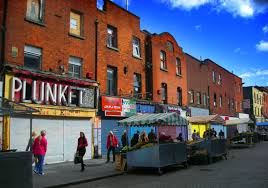 A Private Members' Bill that called for a Moore Street Area Renewal and Development program under the umbrella of two new companies has been rejected by the Government.

By David Swanson
Democratic-Party-based activist groups are urging each other to praise and support Senator Chris Murphy (Democrat, Connecticut) for laying out a better-than-average foreign policy and setting up a website at http://chanceforpeace.org. 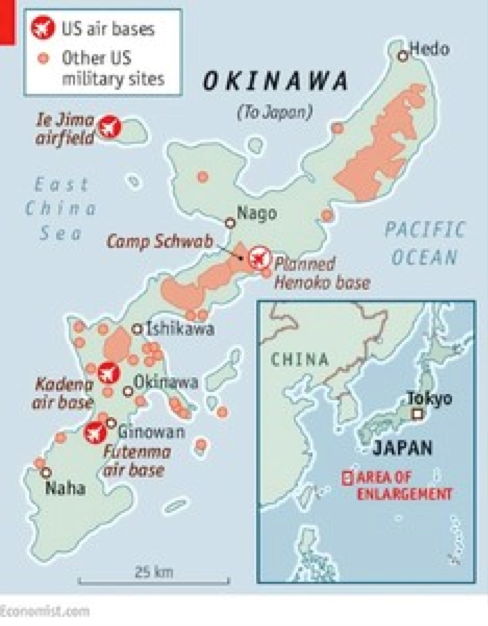 The international community is extraordinarily concerned about the Chinese construction on small islands and atolls in disputed waters off China, Vietnam, Taiwan and Japan. Over the past 18 months, the Chinese government has created islands out of atolls and larger islands out of small ones.

Pillage and Class Polarization: The Rise of "Criminal Capitalism"
11 Jun 2015; posted by the editor - Features

By James Petras
About 75% of US employees work 40 hours or longer, the second longest among all OECD countries, exceeded only by Poland and tied with South Korea. In contrast, only 10% of Danish workers, 15% of Norwegian, 30% of French, 43% of UK and 50% of German workers work 40 or more hours. With the longest work day, US workers score lower on the ‘living well’ scale than most western European workers. Moreover, despite those long workdays US employees receive the shortest paid holidays or vacation time (one to two weeks compared to the average of five weeks in Western Europe). US employees pay for the costliest health plans and their children face the highest university fees among the 34 countries in the Organization for Economic Cooperation and Development (OECD).

Over 40 countries to mark Yeats Day with cultural events
11 Jun 2015; posted by the editor - Arts, International

The Bravery of Vince Bugliosi
10 Jun 2015; posted by the editor - United States

By David Swanson
Vincent Bugliosi, generally noted as the prosecutor of Charles Manson and author of *Helter Skelter*, is dead.

By David Swanson
Exposing Lies of Empire by Andre Vltchek is an 800-page tour of the world between 2012 and 2015 without a Western tour guide. It ought to make you spitting-mad furious, then grateful for the enlightenment, and then ready to get to work.

Biomass power station to be built in Mayo
08 Jun 2015; posted by the editor - Ireland

A new 42 megawatt €180million biomass combined heat and power generating station is to be built at the old Ashai site in Killalain Co. Mayo.

Bird nesting season does not end early - An Taisce
08 Jun 2015; posted by the editor - Environment, Ireland

An Taisce has asked the Irish  Farmers' Association (IFA) to release the scientific evidence that they are using to justify altering the current hedge cutting and gorse burning dates. 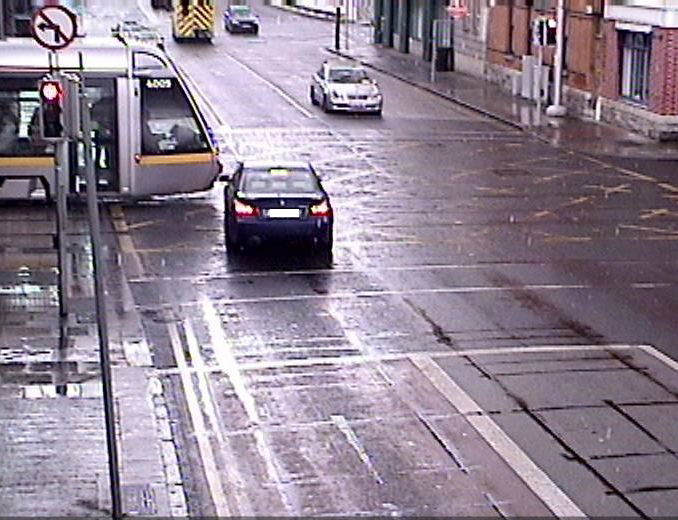 Motorists jumping a red light at a high-risk LUAS junction will get an automatic three point penalty on their licence plus a fine of up to €150, following the introduction of Ireland's first automated red light camera system.

By James Petras
In Remembrance of Jairo Martinez and Roman Ruiz, Fighters and Victims of ‘War Through Peace Negotiations’
On 21 May 2015, the Colombian Air Force (FAC) bombed the base camp of the Revolutionary Armed Forces of Colombia (FARC) killing 26 guerrillas. Three days later the FAC bombed other FARC bases killing 14 more guerrillas. This was part of an official offensive, launched by President Juan Manuel Santos, the US’s most loyal client in Latin America. Among the victims were FARC Commanders Jairo Martinez, a participant in the ongoing peace negotiations in Havana and Roman Ruiz.

By David Swanson
The forthcoming film, A Bold Peace: Costa Rica's Path of Demilitarization, should be given every possible means of support and promotion. After all, it documents the blatant violation of laws of physics, human nature, and economics, as understood in the United States—and the violators seem positively gleeful about it.

Censored book about corruption in Angola made available on RSF site
04 Jun 2015; posted by the editor - Angola

Reporters Without Borders (RSF) is facilitating access to “Blood Diamonds: Corruption and Torture in Angola”, the book by Angolan journalist Rafael Marques de Morais that is censored in his country.

By Donal Thurlow
On 16 June, Bloomsday, just under two weeks away, the small town of Bruff will celebrate its seventh annual Bloomsday in Bruff Festival.

An Taisce calls on TDs to propose amendments to weak Climate Action Bill
03 Jun 2015; posted by the editor - Environment, Ireland

By An Taisce
In the face of figures from the EPA that show we are unlikely to meet our Climate Change Targets and Ban Ki-moon's call for ‘Ireland to do more to curb Climate Change’ An Taisce is calling upon TDs to put forward amendments to strengthen the Climate Action Bill.

By Diego Naranjo
Current EU developments creating the risk of allowing large Internet Service Providers (ISPs) to make the internet less open and less free
“Startups for Net Neutrality” believes that the beauty of the Internet is that everybody with a laptop and an Internet connection can change the world. All great ideas get an equal chance at success because everyone can communicate with everyone on a broadly equal basis. This is guaranteed by the principle of net neutrality, because it ensures that all data are treated equally. Failing to protect this principle will hurt the Internet ecosystem and hinder the success of current and future startups. This will hinder innovation and the creation of new businesses and new jobs.

By Wienke Giezeman
The future of our open Internet is at risk. Current EU developments creating the risk of allowing large Internet Service Providers (ISPs) to make the internet less open and less free.

By Edri.org
Engelli Web is an independent monitoring website that lists websites blocked by the Turkish government. Currently it lists over 80 000 domains and the number keeps rising. The real figure is probably much higher, because the government does not disclose the exact list of banned sites. 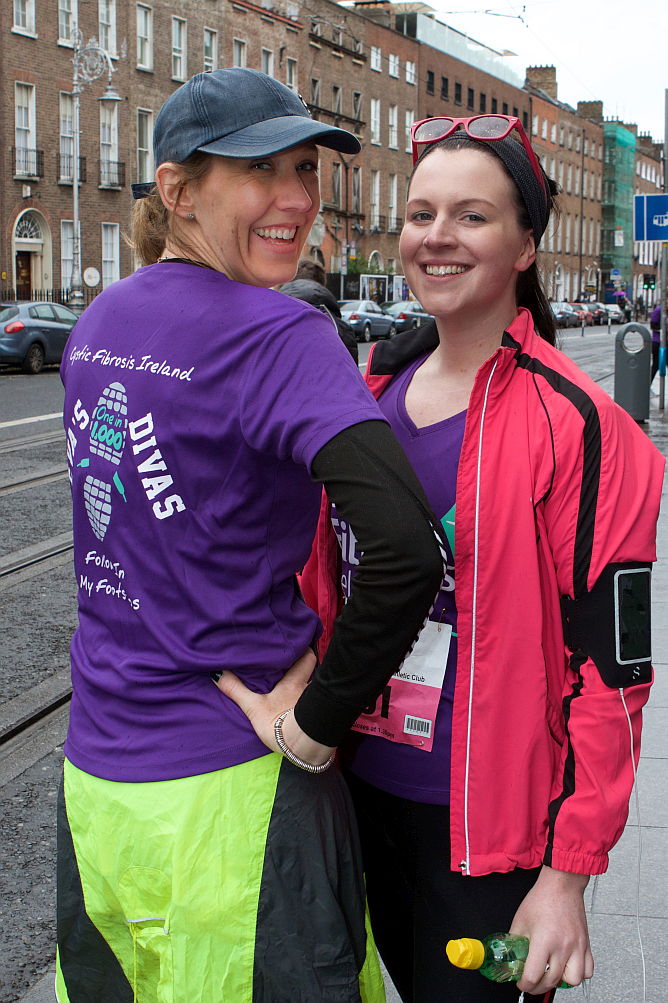 Cystic Fibrosis Ireland (CFI), Ireland's national charity dedicated to supporting people with cystic fibrosis, is hoping to have raised a fantastic €100,000 as a result of today's VHI Women's Mini Marathon. The event saw hundreds of women pound the streets of Dublin on behalf of the charity, including CFI ambassadors RTE's Nuala Carey and Deputy Ãine Collins, who has a daughter with cystic fibrosis. 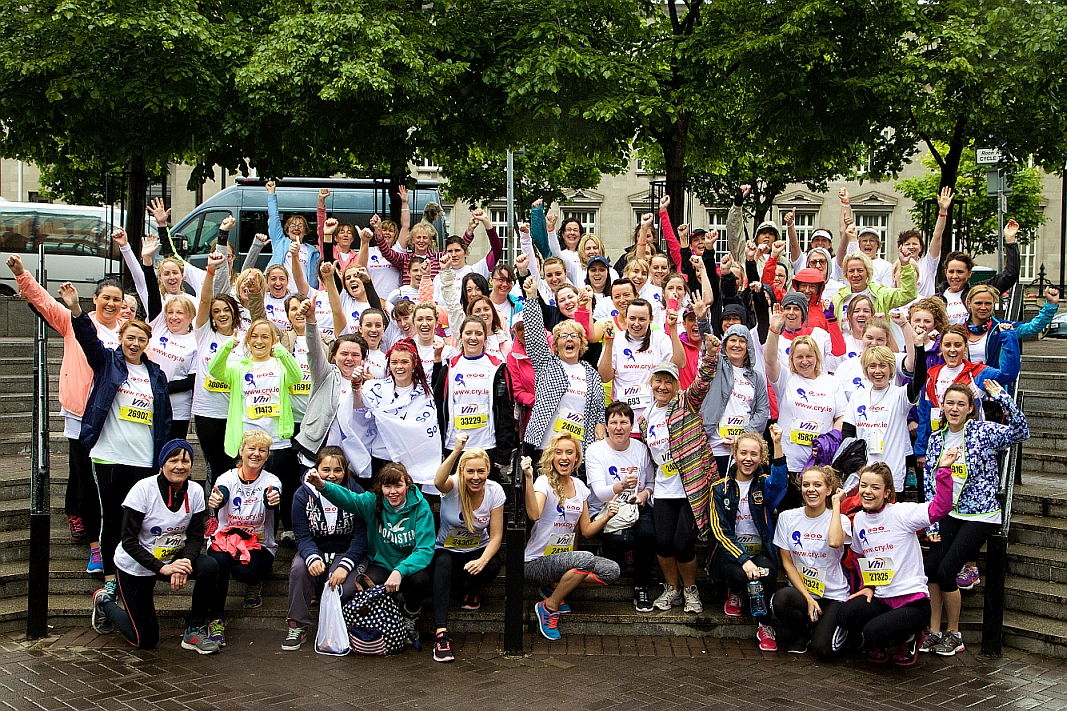 Over 150 ladies from across Ireland ran for Cry in Dublin today to complete the VHI's Mini Marathon in aid of CRY—Cardiac Rick in the Young. 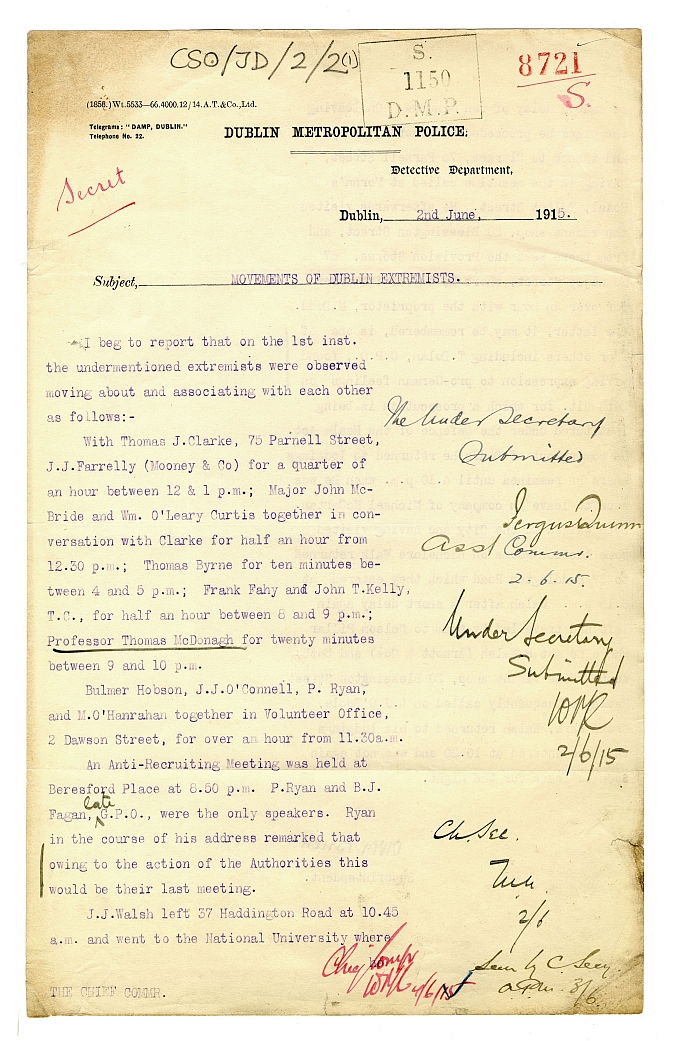 Secret Dublin Metropolitan police files dating from 1915–1916 have today for the first time been made publicly available online by the National Archives, providing an insight into government and police thinking at the time.